How To Start A Conversation With A Girl |8 Secrets

Do you know how to start a conversation with a girl? Starting a conversation can be so hard sometimes, I had a really hard time with these four years growing up.

How To Start A Conversation With A Girl

But one thing I want you to remember throughout this the whole blog-post this 99% of the time the way that you started that conversation will be forgotten in under one minute.

Now, most guys would think this is a bad thing, but it’s actually encouraging to think about it after the start conversation with a girl is flowing people won’t really care how it all started.

It’s a clean slate for you to impress whoever you want, so let’s get started on how to start a conversation with a girl if you learn something new from this post.

Be Spontaneous (How To Start A Conversation With A Girl)

What I mean by that is a lot of us worry, so much about the planning the introduction you know and we really overthink it, when we don’t have to the more.

You think about it the more pressure builds up in your head, alright and the harder it gets to actually go there and talk to someone of the best things you can do.

If you want to go and start a conversation with a girl go up to her and say the first thing that comes to your mind.

It could be a compliment about her dress or her hair, you could be something as simple as hi my name is TFH.

If you’re out somewhere there’s usually a lot of things happening around you both.

So you can bring that up as well, you know, you can talk about whatever song is playing what drink she has in front of her or whatever you see around.

You just don’t overthink it because like, I said they’re most likely gonna forget what you said within 60 seconds there are some things though that should never be talked about especially at the beginning of a conversation.

Comments On Holding Or Wearing

Technique number two, comment on something she’s holding or wearing. That simple. Ask a question about it.

She’s holding an iPad at the coffee shop, ask her how she likes it. She’s wearing really unique shoes, ask her where she got them.

What about the backpack that she’s wearing. You want one just like that. Find out where she got it. Where did she get those earrings?

You’re looking for a similar one for your sister. The list goes on and on. What can you comment on to start a conversation?

Start paying attention to the little details so you can be ready to start a conversation at any time.

Comment on something that’s happening at the moment. This might be talking to a girl at some sort of event like a festival, outside of class, a bar, a club, a concert.

Say something about the music playing or the people around you. Ask her what kind of drink she’s holding.

Again, it’s the little details that you need to notice so you can pick up a conversation on the go.

The Compliments(Start A Conversation With A Girl)

Technique number four, one of my favorites, the compliment. Now a compliment is a little more of a direct way of opening a conversation but it works like a charm.

Complimenting a girl is a great way to start a conversation with a girl that you’re interested in but be careful. I want you to stay away from the obvious compliments that most guys are saying.

Don’t start off a conversation complimenting her on tattoos or her hair or piercings or any super obvious things.

Why? Because every other guy is and you have to be the exception. Don’t start complimenting her on those things until at least mid-conversation.

So why do these three techniques work so well? It’s because you’re starting up a conversation with something personal and it’s easier to connect with her.

If you don’t start connecting with her right away, then the conversation is going to die and you’ll lose her.

Do Not Really Be Personal

What I mean is there are a few ways to start a conversation with girls, right when it starts or maybe before it even starts conversation starters shouldn’t really be personal.

You shouldn’t talk about your job or your recent breakup or that weird rash on your body that person is literally just gonna turn around and walk away and you’re never gonna see them again.

Amistake for the guy is asking girls if they are single right at the beginning of the conversation. You’re just gonna creep them out.

If that’s your first question, if you’re dying to find out whether or not you’re single then try other ways of asking that later in the conversation.

For example, you can ask her friends which is usually the best way of doing it, but you can also slip it into a joke like OH your boyfriend must be proud of you just see what she says and you can say that about anything you know.

She talks about her job you can say that her new apartment honestly even the fact that she said, OH I was tired, I still came out today, but like I well your boys must be proud of you and see what she says.

You know what else you should be talking about right away yourself, yeah you should answer questions.

So she can get to know you, but talking about ourselves could. It’d be kind of boring, so try to get to know her as much as possible.

Don’t be telling her your whole life story, because she probably doesn’t care at that point since you just met and this goes for guy and girls whoever you’re talking to you know.

You should be looking for common ground maybe you’re drinking the same beverage or maybe you guys are rocking similar shoes try to notice anything in common to break the ice.

If you can actually bring something out that you have in common you’re gonna make an instant connection with that person.

That’s gonna give you more things to talk about and keep the conversation going to make this a little bit easier, to try opening up with a question.

But make sure not to sound like you’re interrogating the person like you can go up to them and say look at us wearing the same sneakers tonight, you’re kind of similar.

Right? but I have to say they look much better on you, it’s kind of like poking fun at yourself.

It’s a good idea to break the ice, in my opinion, the most important tip to start a conversation with girls that I can give you guys when it comes to starting a conversation is to not worry about failure.

Do Not Worry About Failure

All right, let me say this again, do not worry about failure getting rejected can hurt a little bit, it’s fine especially the first time, right.

I was once at a party here in LA and the DJ Diplo was spinning and he approached this girl there’s a pretty hot influencer.

All right in my dudes, he got turned down hard, it was a hard pass I saw that with my own eyes and I couldn’t believe it a successful celebrity superstar good-looking dude got turned down.

I’m telling you, guy, it happens to everyone no matter who you are, how much money you have, or how good-looking you are you have to think about it.

This way what’s the worst thing that can happen maybe they’ll say, No. I’m not interested or maybe they’re gonna completely ignore you either way who cares yeah Diplo – can L with that girl.

You should get as many knows as you can early in the night to get warmed up. It’s completely normal practice.

All right to start conversations with girls, the person on the bus anybody at the convention the more often you do it the easier, it gets you to know and the more noise you get the less they hurt.

Body Language(To Start A Conversation With A Girl)

There is one thing that you have to keep in mind before you ever open your mouth and that is to make sure that your body language is positive.

Some people honestly get rejected before they even start the conversation with girls and they don’t even realize it had nothing to do with how they opened that conversation like it or not.

People are constantly creating their own opinions about you before you even say anything to them and to be honest you’re doing it too right.

We all do it most of the time without even realizing and we look at body language and look at posture and we make our own quick assumptions.

So you have to use your body language to your own advantage to look more attractive and to feel more attractive before a single word comes out of your mouth and that means to stand up straight.

Make sure your shoulders your back you know give her full eye contact and basically, don’t act like an idiot.

5 SHOCKING WAYS TO IMPRESS YOUR CRUSH

8 SHOCKING WAYS TO IMPRESS OVER TEXT

HOW TO LOOK COOL AND ATTRACTIVE

How To Clean White Shoelaces? 2 Methods With (Pictures + Videos)

9 Signs She Is Secretly Attracted To You For Great Sex 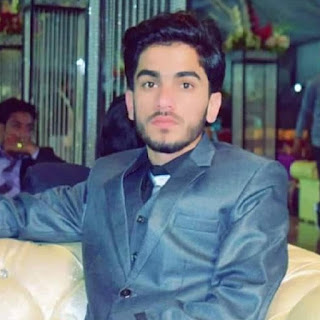